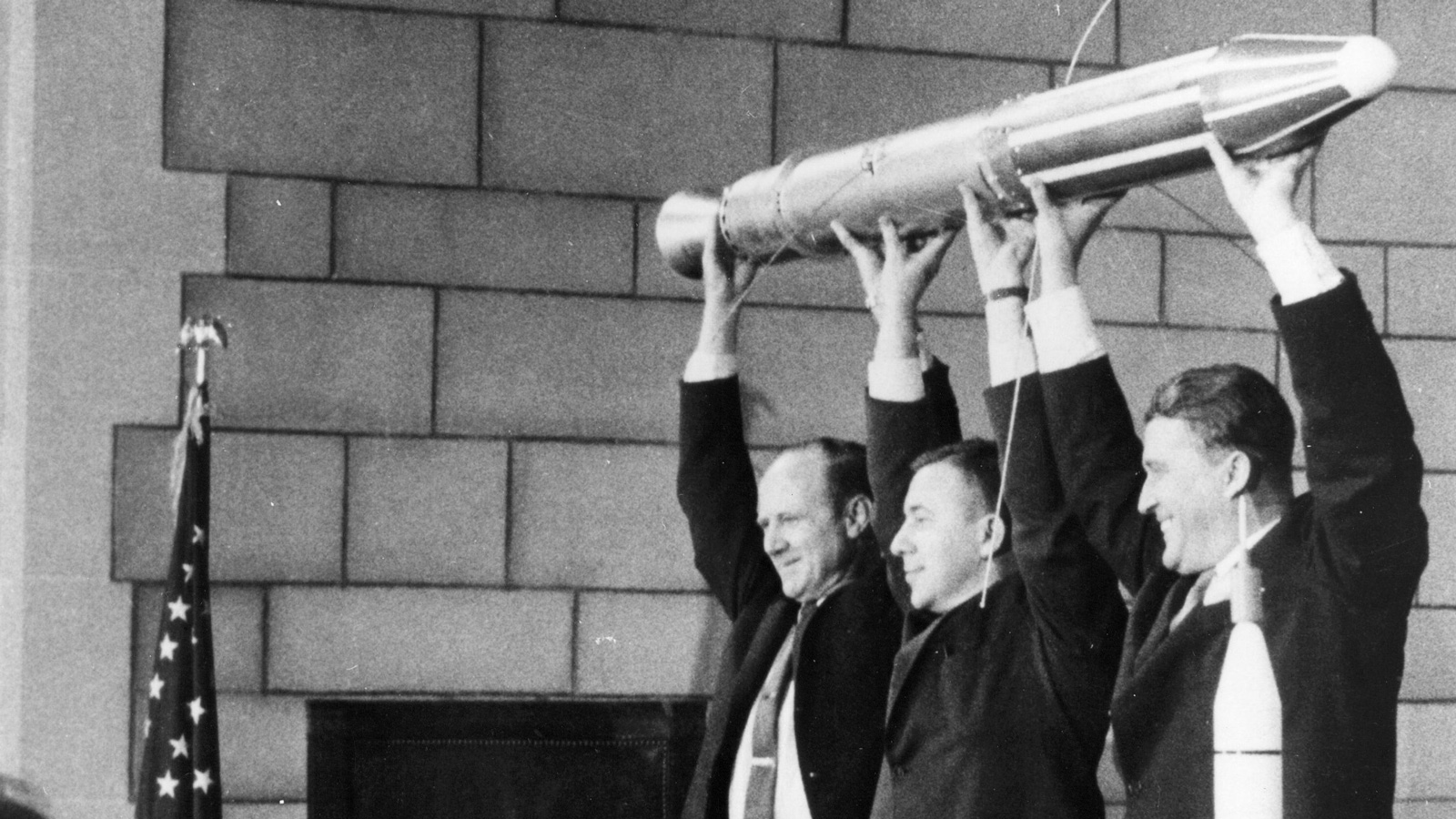 The United States entered the Space Age on Jan. 31, 1958 with the successful launch of Explorer 1. Once orbit was confirmed, Jet Propulsion Laboratory Director William H. Pickering, University of Iowa physicist James Van Allen and Wernher von Braun of the Army Ballistic Missile Agency (shown left-right) broke the news at a 1 a.m. press conference at the National Academy of Sciences building on Feb. 1, 1958. Reporters and photographers encouraged the trio to hold aloft the actual-size model of Explorer 1, creating an iconic image that made the front pages of newspapers across the world. Learn more 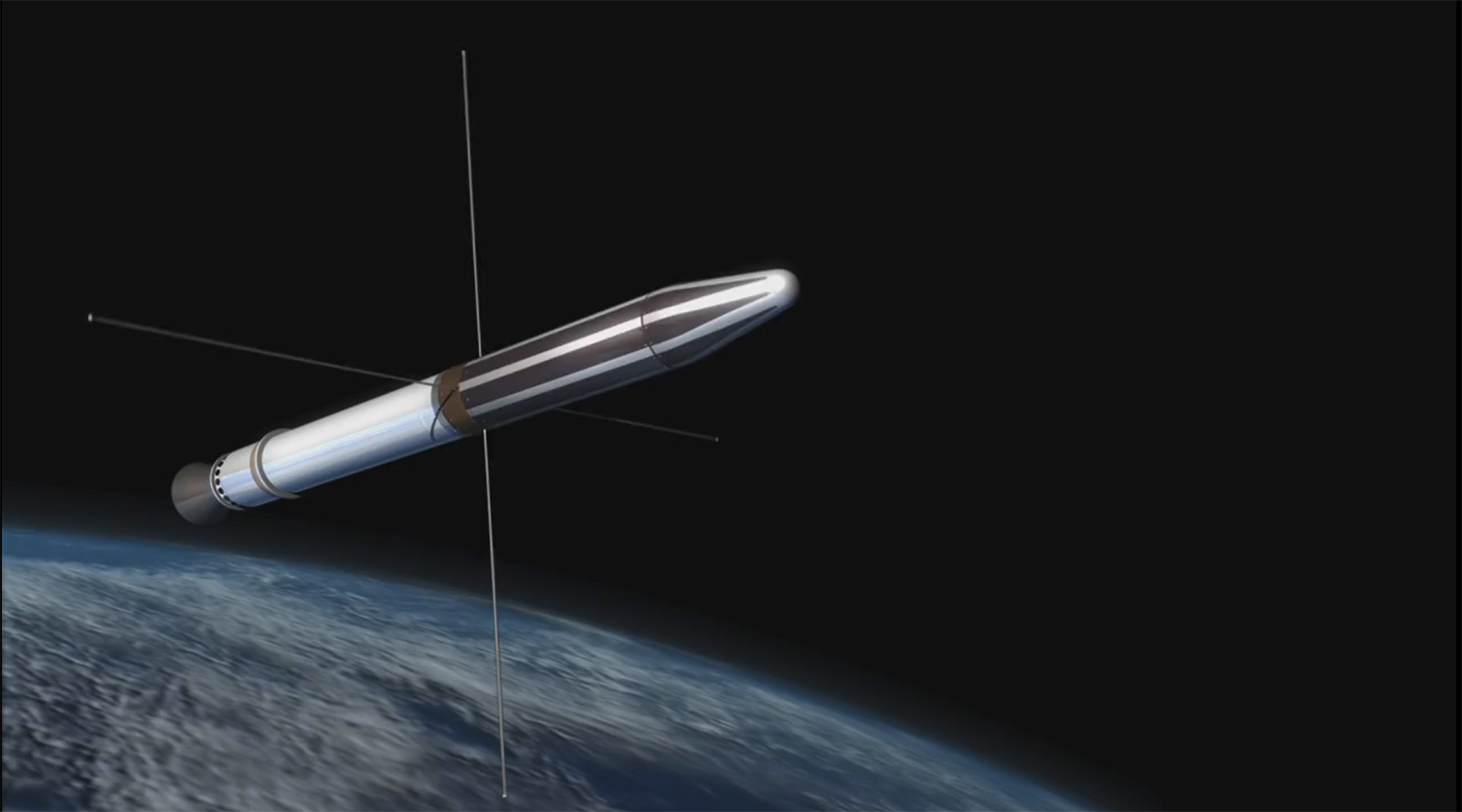 60 Years of America in Space

The occasion of Explorer 1’s 60th anniversary invites us to celebrate a long series of remarkable firsts, starting with a small spacecraft that delivered big science. Explorer I was called “one of the landmarks in the technical and scientific history of the human race” by University of Iowa physicist James Van Allen, who designed the mission’s science experiment. Weighing just over 30 pounds, America’s first satellite successfully measured the cosmic rays around Earth that we now call the Van Allen Belts. View timeline 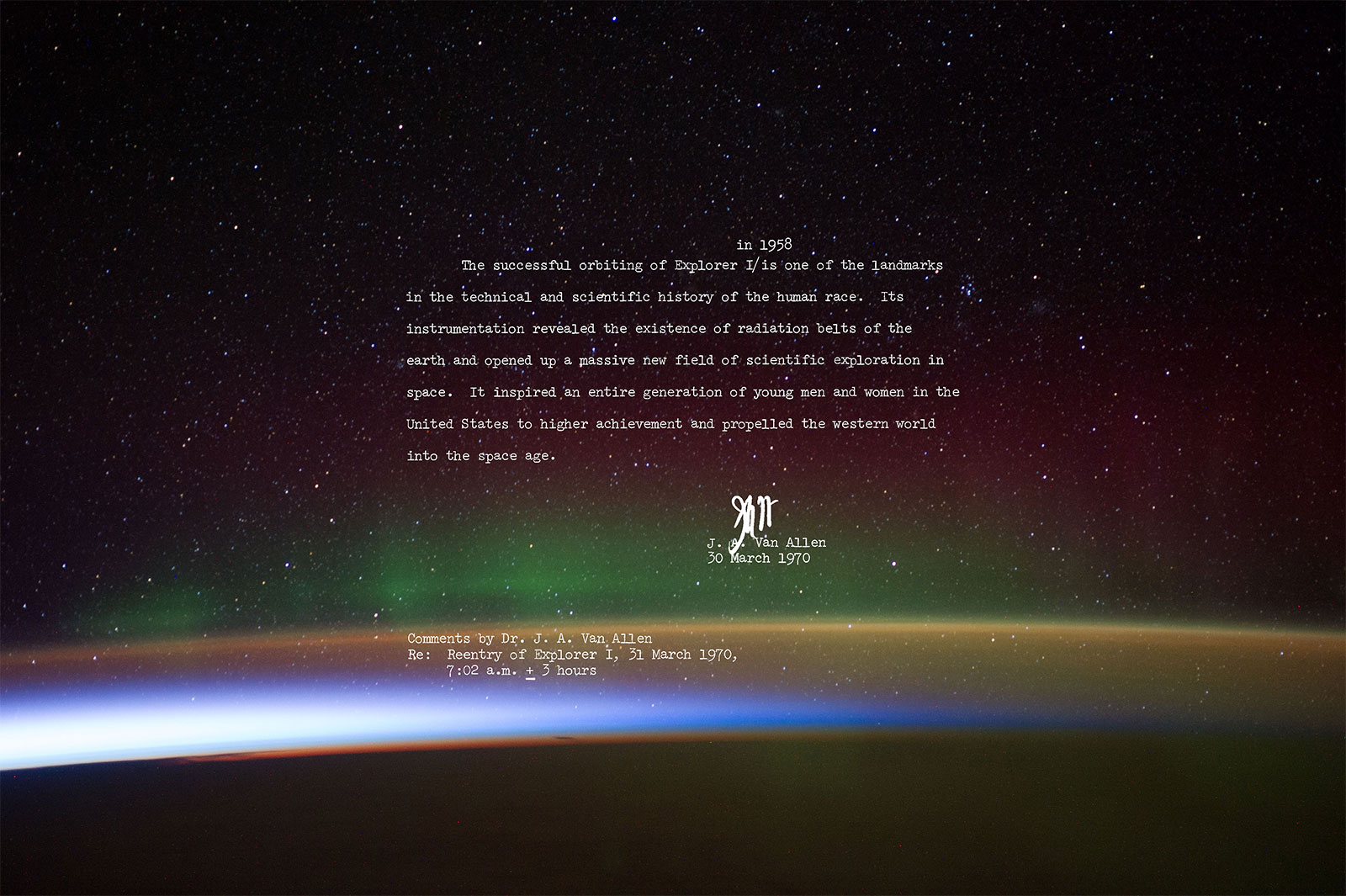 Explorer 1’s last transmission was received May 23, 1958, although it remained in orbit until March 31, 1970. On the occasion of Explorer 1’s fiery reentry into Earth’s atmosphere, University of Iowa physicist James Van Allen, who had designed the science instruments on board, said of the pioneering satellite: “It inspired an entire generation of young men and women in the United States to higher achievement and propelled the western world into the space age.” View documents
scroll for more 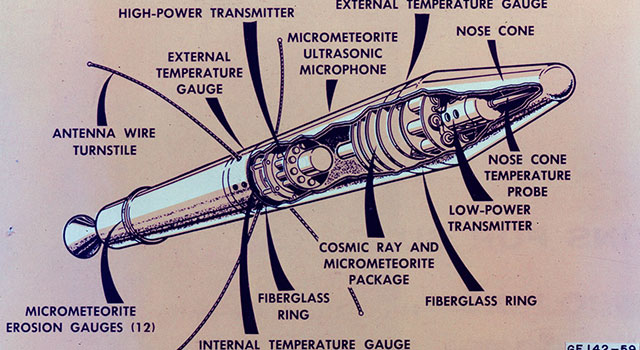 Explorer 1 was equipped with a modified Geiger counter to measure the charged particles surrounding Earth, and its radio transmitters relayed the data to receiving stations. Explorer 1 transmitted data until May 23, 1958, when its batteries died.
The Science 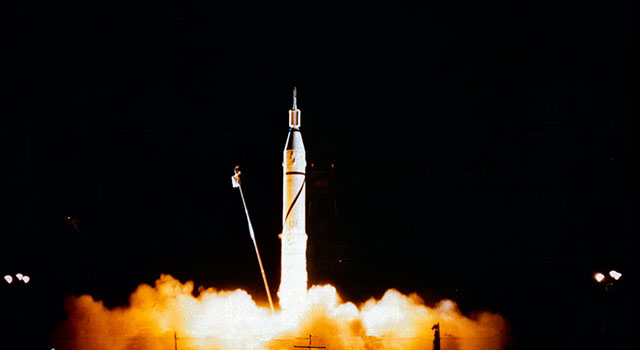 After two days of delays, Explorer 1 was launched atop a Jupiter-C rocket from Cape Canaveral, Florida on Jan. 31, 1958. It took a little over 90 minutes before the satellite’s signal was tracked and mission leaders could confirm its success.
The Launch 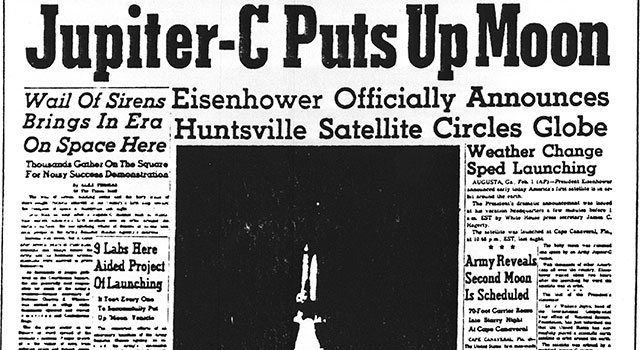 The success of the first U.S. satellite was heralded in newspapers and other media. The accomplishment was important to the U.S. because the Soviet Union had already launched two satellites.
The Success 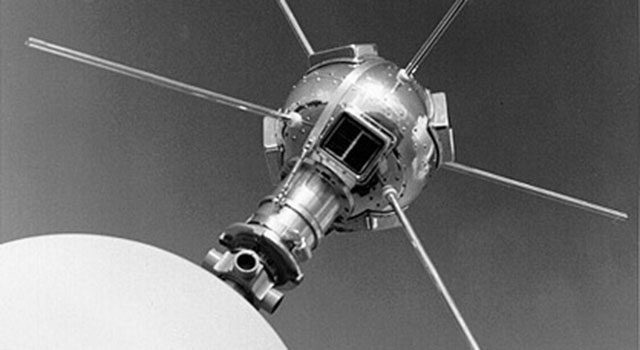 Vanguard 1, launched in March 1958, was the first solar-powered satellite launched by the U.S. Its orbit analysis was used to calculate geodetic measurements.
First Solar-Powered Satellite 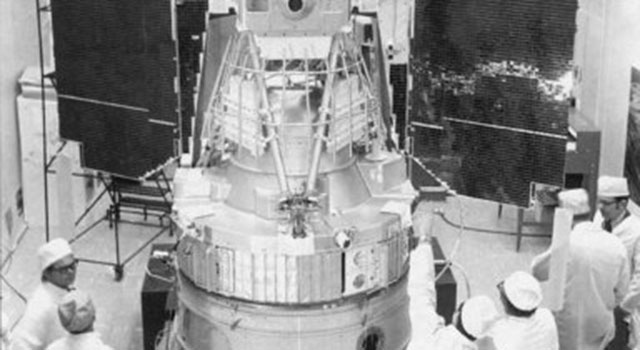 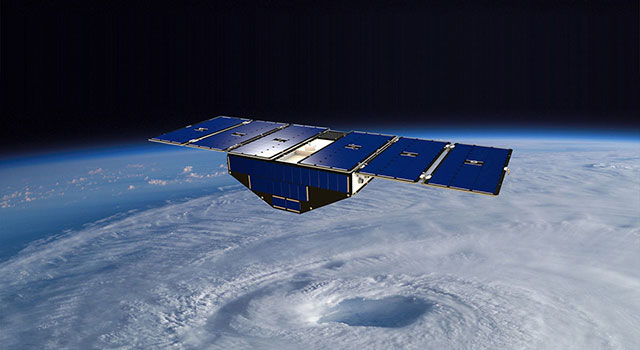 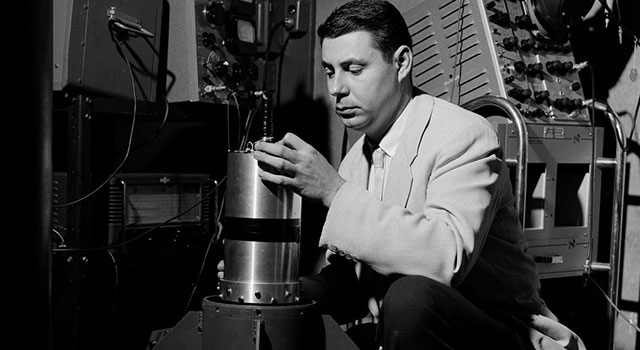 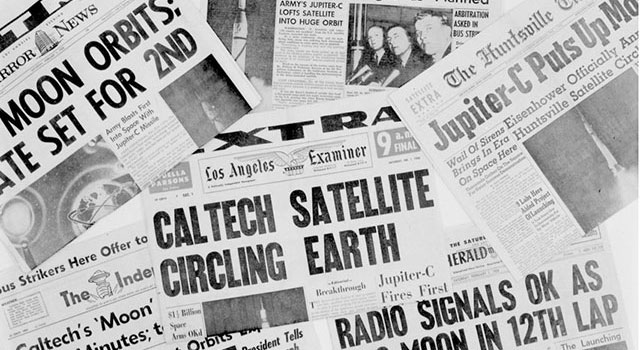 A selection of Department of Defense and NASA news releases, as well as later remarks by Wernher von Braun of the Army Ballistic Missile Agency and James Van Allen of the University of Iowa about the importance of the success of Explorer 1.
In Their Own Words 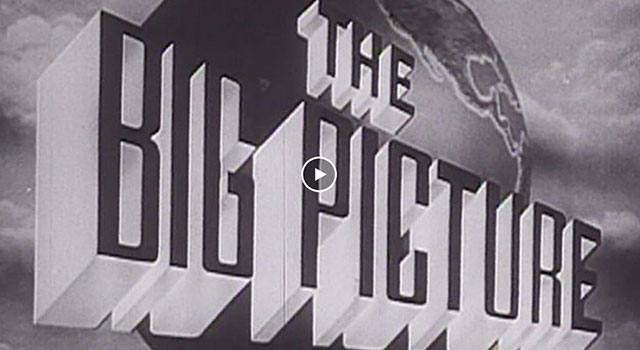 The launch of America’s first satellite was captured by government and other newsreel films. In the Videos Gallery you can go behind the scenes from development to the excitement of the launch team as the rocket heads into space.
Videos Gallery 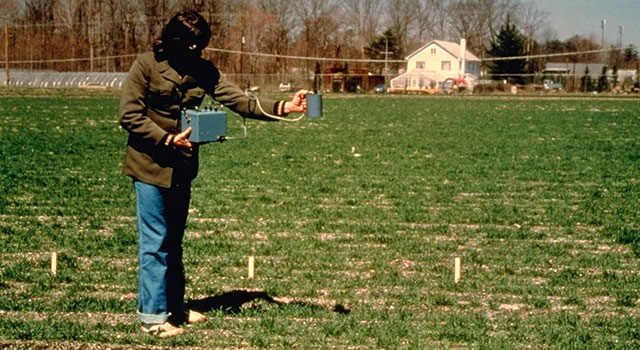 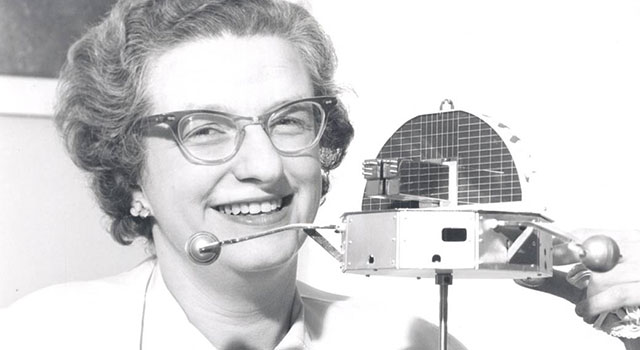 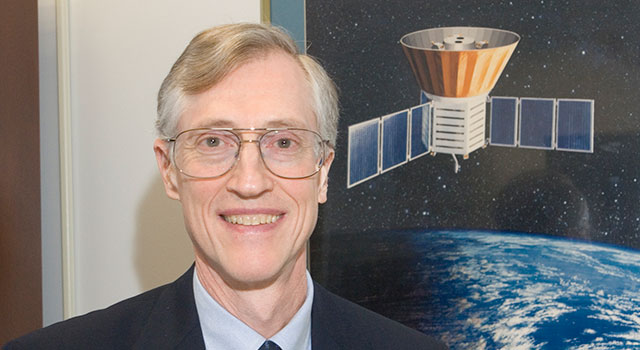 Eyes on Explorer 1
Use your Mac, PC or mobile device to orbit alongside Explorer 1 as it circles the globe after launch. This JPL-developed app can take you on other virtual journeys with NASA spacecraft around the solar system as you join us to “Explore as One.”

Explorer 1 poster
Celebrate 60 years of America in space with NASA’s Explorer 1 anniversary poster. The free download reminds us to always “Go” explore our world and those beyond. Click to learn more.

NASA's 60th Anniversary
NASA will celebrate its 60th anniversary on Oct. 1, 2018. In six decades, the agency has not only put astronauts on the moon, but also fundamentally changed how we look at the Earth and the cosmos, pushed the limits of technology and continued to improved aircraft and aviation. Click to learn more. 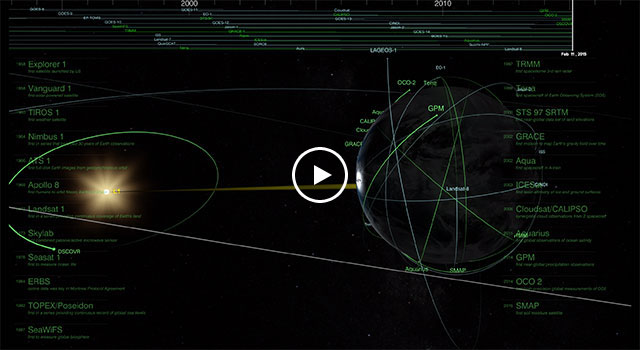 This representation by NASA’s Scientific Visualization Studio shows the orbits of NASA-related near-Earth science missions from the launch of the first U.S. satellite, Explorer 1, in 1958 through 2017. The missions include both NASA-run missions and those operated by NASA and partner organizations.

Less than a lifetime ago, humankind just barely left the limits of Earth's atmosphere. Who could have imagined that only 60 years later we would be touching the surface of the Sun, arriving at the most distant object humans have ever explored, and soon to be launching the world's most powerful telescope to get a glimpse of the first galaxies born after the Big Bang? As NASA celebrates the 60th Anniversary of Explorer 1, the satellite that blazed the way for hundreds of missions to follow, some of the most ambitious explorations are yet to come. 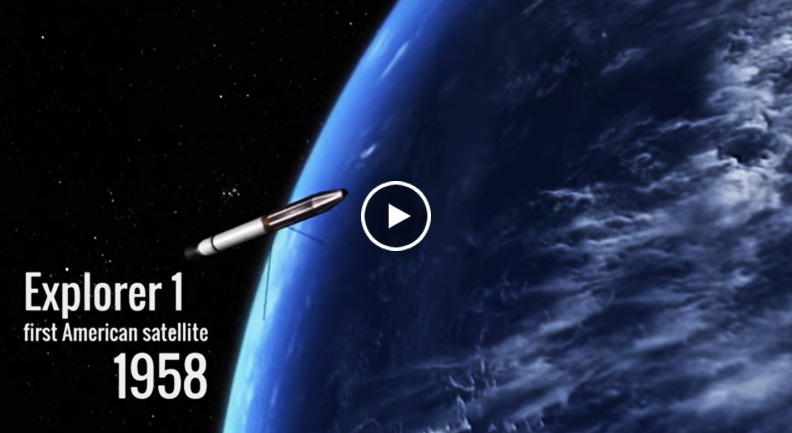