Explorer 1 was big news in 1958. The U.S. reaction to the Soviet Sputnik launches in 1957 had been "hysteria," according to former NASA Chief Historian Roger D. Launius. "It was a shock," he wrote, "introducing the average citizen to the space age in a crisis setting." The very public failure of the next U.S. launch, Project Vanguard, which exploded just seconds after liftoff, placed even greater urgency on the U.S. to successfully get into space. The news of Explorer 1’s orbital success was proclaimed in banner headlines and news bulletins across the world. "Explorer 1 was a simple mission by today's standards and yet, at the time, all of us were ecstatic with the achievement," said JPL Director William H. Pickering in a NASA press release announcing Explorer 1’s drop from orbit in March 1970.

Below is a selection of Department of Defense and NASA news releases, as well as later remarks by Wernher von Braun of the Army Ballistic Missile Agency and James Van Allen of the University of Iowa about the importance of the event. 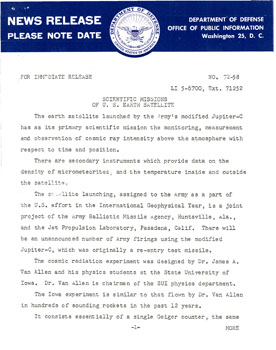 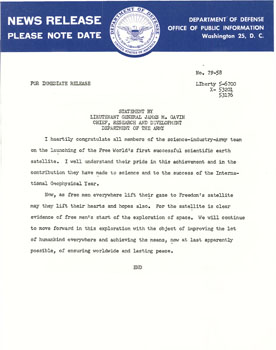 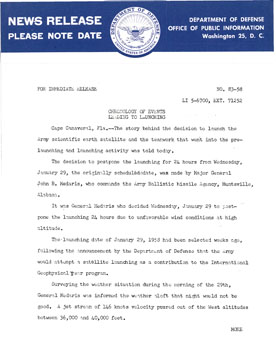 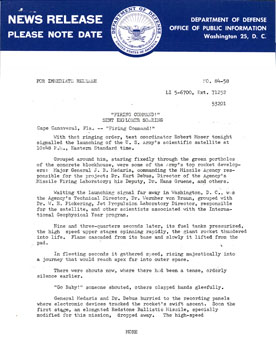 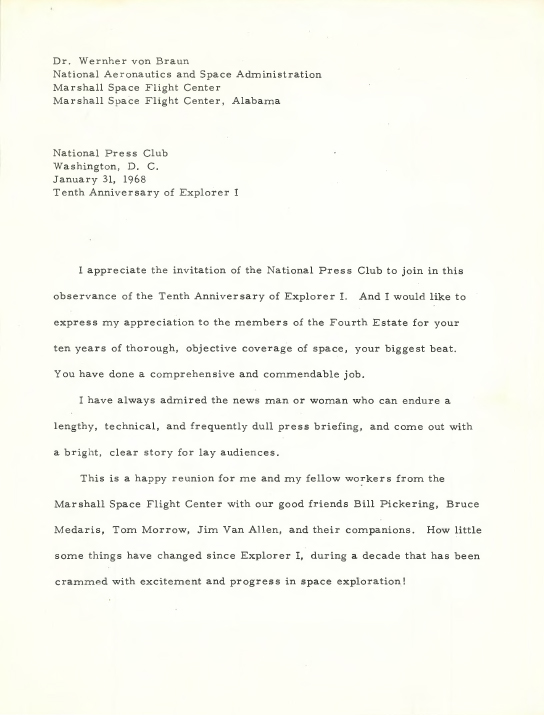 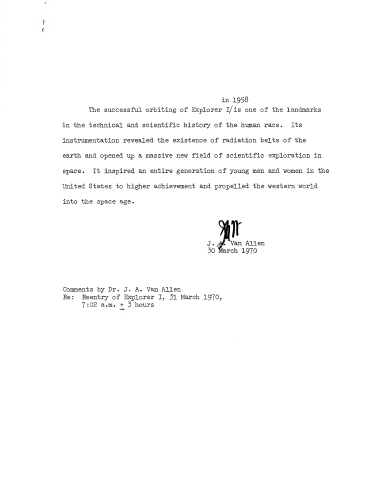 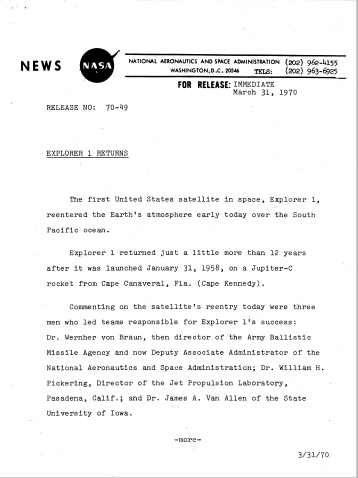 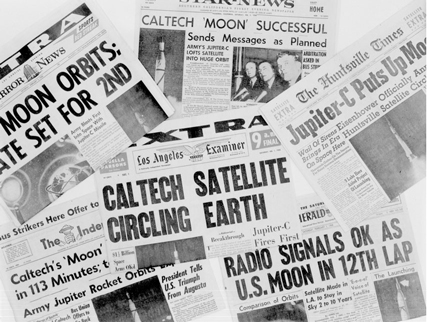 Documents courtesy of James A. Van Allen Papers (RG 99.0142), University Archives, The University of Iowa Libraries. Photographs are from NASA.